Every once in a while, I come across something that grabs my attention and I just cannot get it out of my head. The Tequila Interchange Project is one of those that just stays with you long after you learn their mission.

Tequila Interchange Project (TIP) has set out to educate everyone about practices in the tequila industry. Let me share a little about their vision and mission straight from their team.

The Tequila Interchange Project (TIP) is a non-profit organization and consumer advocacy group for agave distilled spirits comprised of bartenders, consultants, educators, researchers, consumers and tequila enthusiasts. Our organization advocates the preservation of sustainable, traditional and quality practices in the industries of agave distilled spirits. In light of concerning trends that are currently becoming mainstays in the production of agave distillates, TIP seeks to place a renewed emphasis on the importance of preserving the great heritage of agave distillation in Mexico. Whether acting as liaisons between consumers, producers and the Consejo Regulador del Tequila (Tequila Regulatory Council), sharing ideas about how to mix tequila cocktails with the bartenders of Guadalajara, or presenting seminars on topics ranging from sustainable spirits to the history of distillation in Meso-America, TIP utilizes the diverse strengths of its members to engage a broad audience in the history and culture of Mexico’s noble spirit.

Not many are aware of what goes into the production of tequila. As with any other harvested product, there are people who labor to ensure we get to enjoy the drink we all know. Currently, TIP is facilitating a multidisciplinary, Public Health style study regarding these farm workers or Jimadores. Its vital to evaluate the working conditions and well being of the Jimadores much like the efforts put forth by Cesar Chavez & Dolores Huerta for the United Farm Workers in the US. Everybody deserves a living wage and safe work environment.

The time and effort the TIP puts in to the environment is also noteworthy.

TIP is working with Dr. Medellin to plan and implement a “Bat Friendly Tequila and Mezcal” program, which will verify that plantations allow at least 2% of their crop to flower which will dramatically enhance the genetic variation of the agave and give the bat a sustainable food source. Agaves flower at night so they depend on the bats for pollination and the bats rely on the agaves in the tequila corridor as they migrate north and south throughout the year.

The typical tequila fan (like me) probably has no idea that bats play a vital role in the genetic variations of agave. Who knew!? There is so much more to share and I encourage you to check TIP’s site and learn about the regulatory oversight and what they are doing regarding the regulations defining agave spirits. Please also follow them on social media and help share their vision and mission. 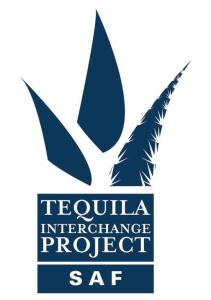